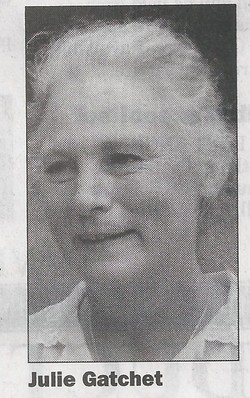 Following her marriage, she worked as a bank teller, a homemaker
and in later years as a nursery operator.

Her passions were growing flowers and plants, watching wildlife,
her children and grandchildren.

​She was preceded in death by her borhter Adam Jones.