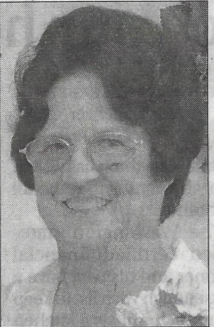 On December 2, 2021 Zola Mae O'Dell passed away peacefully in her home, at the age of 82, after a short battle with cancer.
Zola was born in Packwood, WA, to Mart and Melissa (Hackney) Mullins, Zola was the youngest of 8 children. Zola met her childhood sweetheart, Edwin O'Dell and they married On September 1 1, 1954 in Packwood, WA Together they moved to Gardiner, WA in 1959 to raise their family and operate their logging business. They attended the Sequim Seventh Day Adventist Church.

Zola worked as a medical assistant in the office of Dr. Littlejohn and Dr. Paddock. She left her medical career to work alongside Eddie, as they built their family logging business. She was operating a backhoe and packing firewood until she passed.
She was most happy when she was outside; working the land, boating the seas and at the age of 70 learned to ski.

​Zola is survived by her sons, Terry (Roberta) and Robert (Cinda), 8 grandchildren, 13 great grandchildren, sisters Cora Workman and Virginia Day. She was preceded in death by her husband Eddie, daughter Melanie Godson and 5 brothers.